In conversation with Brian Mackenzie: understanding the importance of breath 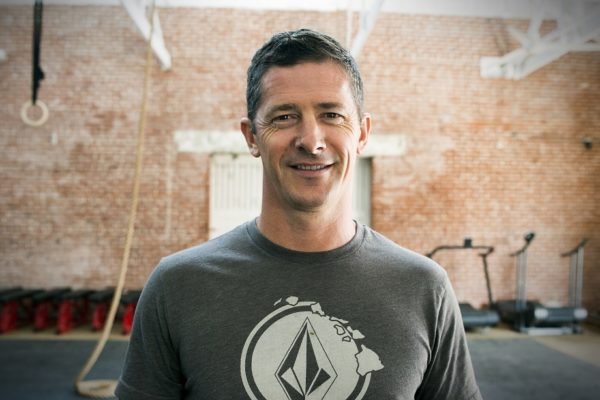 This is an excerpt from Muscle Intelligence podcast episode 60: The art of breath and human performance with Brian Mackenzie. This excerpt has been edited for clarity.

[0:19:30.8] Ben Pakulski: I want to get into the topic of nasal breathing and improved CO2 tolerance being directly correlated to burning more fat as fuel, which is obviously very appealing to most people in, well, in the whole world probably.

Brian Mackenzie: Yeah. I would guess if you care about your health.

BP: Yeah. This idea of, as soon as we know we have to breathe through our mouth, now we are in an oxygen deficit and now our body’s going to switch over into a glycolytic system, because it can’t be in the aerobic system.

BM: The big problem is that people think, “I’m not working hard enough to be anaerobic.” Well, it just so happens that you don’t need to be working to actually make yourself use your anaerobic systems. You can literally just offload more carbon dioxide by breathing, or talking like we’re doing right now and you’ll inevitably end up dipping over. You have to. That’s why we use metabolic charts that measure respiration, because that’s our way for understanding how we actually are burning things.

The mouth is an offloading tool. The irony in this is that I’m actually absorbing just as much, if not better through my nose when I inhale, versus my mouth, because it’s clean, and the immune system gets a response from it. It’s also humidified. It’s circulated in a different way, so the air going in is actually purified to a large degree through my nose versus my mouth, even though I can get it in quicker through my mouth.

It’s the exhale that becomes that important process and it’s the regulator of carbon dioxide. You have your own personal governing machine of that. It’s like your own fingerprint. Understanding that just because so-and-so has a massive VO2 max and I may not, that doesn’t necessarily mean that I can’t be efficient, or just as efficient, or even more efficient than that person at utilizing oxygen.

BM: That has been the crux of something that we developed called the breathing gears, which is what we’re really working on right now, at least from a scientific perspective to actually validate energy systems through specific respiration patterns and how those speed up when we transfer over into mouth-breathing, etc. Everything I do is really governed around understanding that process and how much time I’m spending in those areas, and this goes back to just having a standalone breath practice, getting into deeper meditative states.

I understand that when I’m warming up, if I can’t hold one breath for five seconds (meaning inhale-exhale in five seconds) and I’m working fairly hard at a specific warmup thing that I’m doing, then I’m off. My CO2 tolerance is off and I need to be paying attention to that. I would probably need to back off, or change the idea of what it is I’m doing with that training.

Now if I’m putting out way more work and I’m able to keep that breath pattern, or understand the breath pattern I’m trying to hold, I know I can actually push harder and tap into more. Things will change for me very quickly.

BP: You’re literally using your breath to determine your internal physiological state, and how to adjust your training accordingly.

BM: 100%. That’s what I wake up and I do. I wake up and I go through a breath practice, regardless of what it is I’m doing and I know exactly where I’m at and how much I can actually push. I go to jiu-jitsu twice a week right now. If I go to jiu-jitsu on a day where I wake up and my window is a little bit smaller, I definitely do not push as hard when I roll. I will back up, because I know, especially in a fighting scenario that you’re going to push hard. I’ll tap earlier, or I just won’t work as hard and I definitely keep my mouth shut in those types of situations.

…We’ve been screwing around with optimizing HRV scores for quite some time at this point, to where if I’ve got an HRV score that’s in the tank, I can change that pretty rapidly and buy some time. We can do that through breathing techniques and we can also do that by getting outside – think nature. How many people freak out looking at the sunset or going for a hike? Not many. Unless a bear shows up, right?

That’s because we’re going panoramic. We’re going into a peripheral state, so we’re down-shifting the person. It’s getting people to understand that—especially athletes or high performers, people in the military, or high executive CEOs that are like, “I don’t have time for that. I’m on a plane four days a week flying all over the world and I need to go close deals and whatever.” But everyone has to understand that we need to actually spend time coming down after stress and working to get yourself back to optimal place. Meaning, you have to back off at some point. 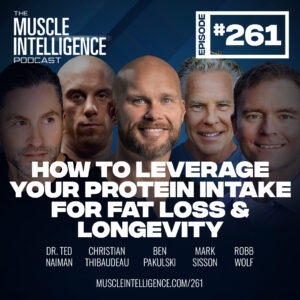 How to Leverage Your Protein Intake for Fat Loss & Longevity 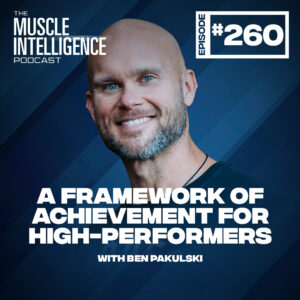 A Framework of Achievement for High-Performers 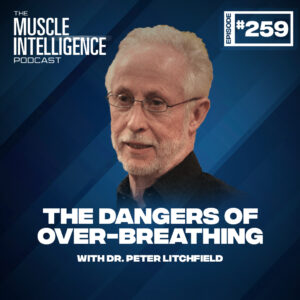 The Dangers of Over-Breathing with Dr. Peter Litchfield 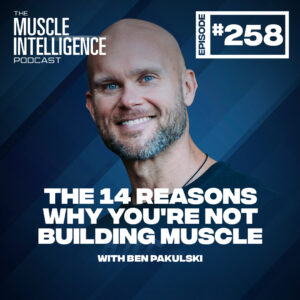 The 14 Reasons Why You’re Not Building Muscle 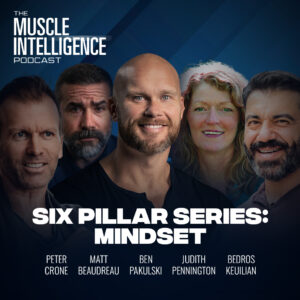 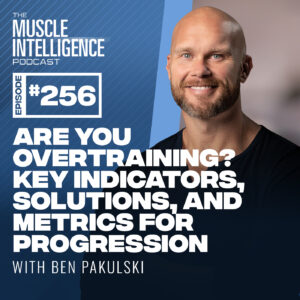 Are You Overtraining? Key Indicators, Solutions, and Metrics for Progression 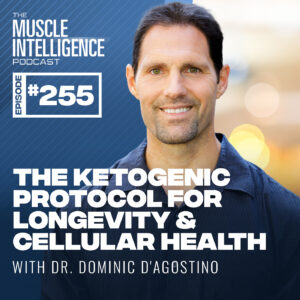 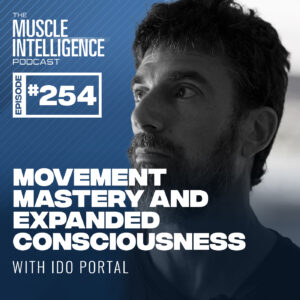 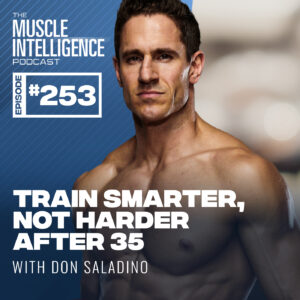 Train Smarter, Not Harder After 35 with Don Saladino 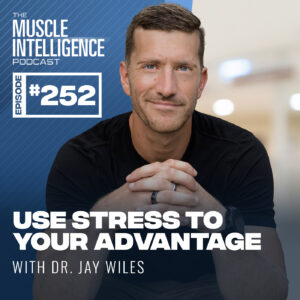 Use Stress to Your Advantage with Dr. Jay Wiles